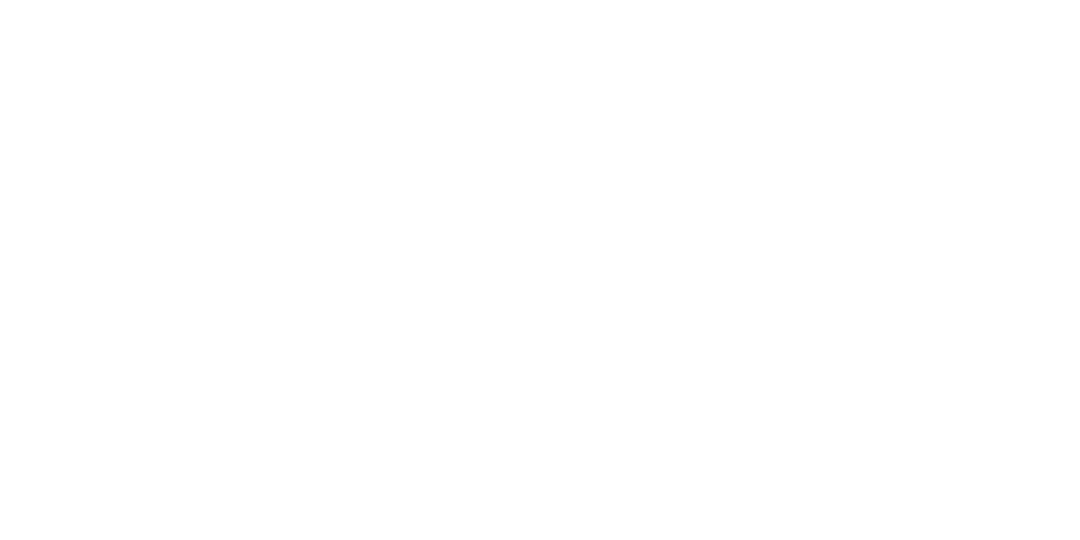 Sign up and get a discount on registration and benefits from our sponsors.

Not registered before January 31 with your promotional code? We have extended the registration and your promo code is still valid. Register now!

Do you want a promotional code? Write us and we will tell you how to get it. info@omega3awareness.org

The aim of this event is to raise awareness of the importance of Omega-3 fatty acids in our diet, being the key to our evolution, our physical and mental health and the future development of mankind.

Among others we seek to point the finger at one of humanity’s biggest current problems: the continuous pollution and destruction of the ecology and marine life. Hence the destruction of our main natural source of long chain Omega-3 fatty acids, DHA and EPA.

An awareness week full of facts, scientific evidence and shared personal experience from some of the top experts in Omega-3

During the O3AW22 we will present to you, on a daily base, at least one new video interview recorded with an international leading top scientist in the field of Omega-3. For your convenience, we will cut these interviews into short 10-15 min sessions with specific headings, easy to follow and to find again in the future whenever you need to look them up.

Topics that we will address in O3AW22 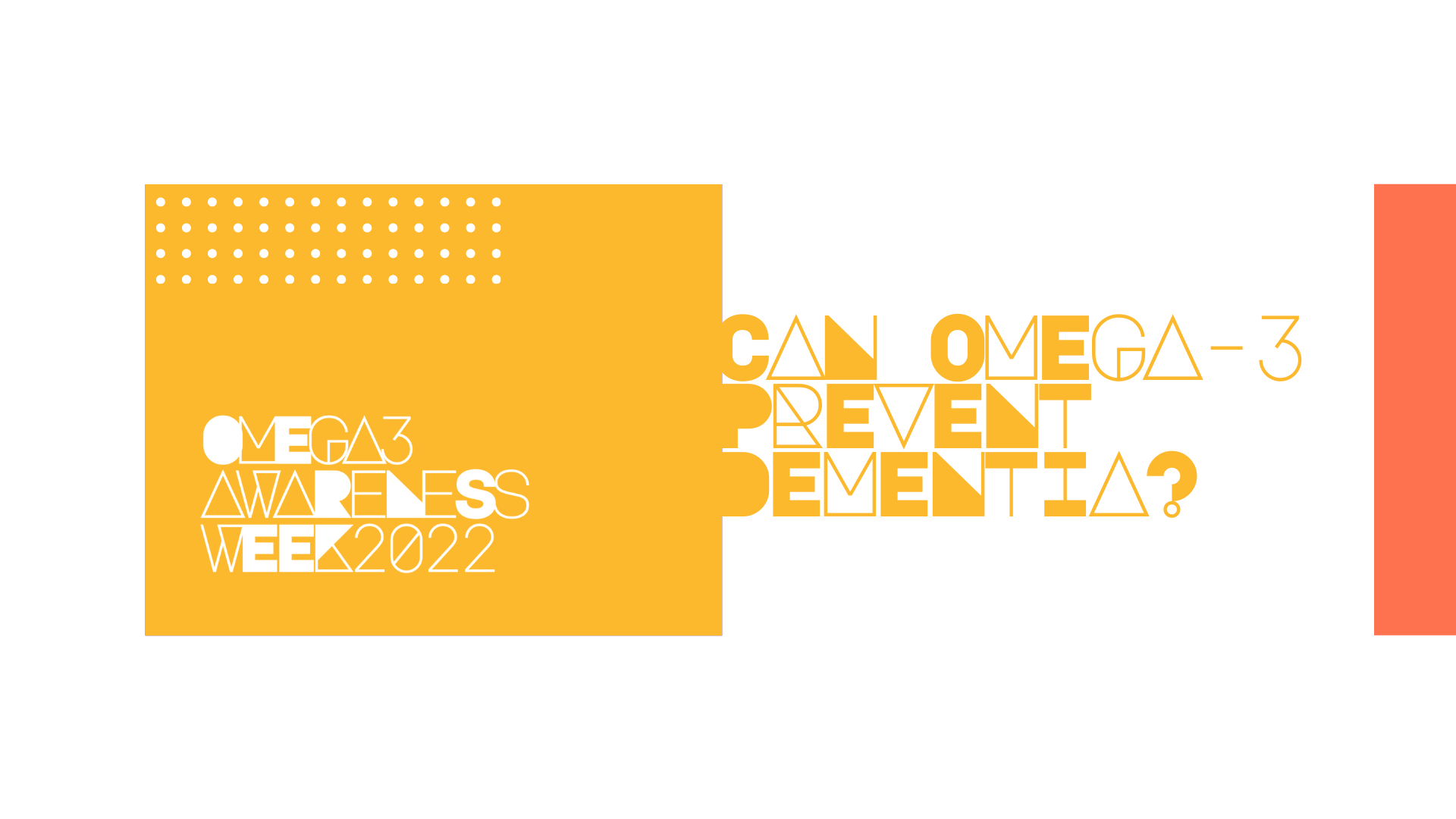 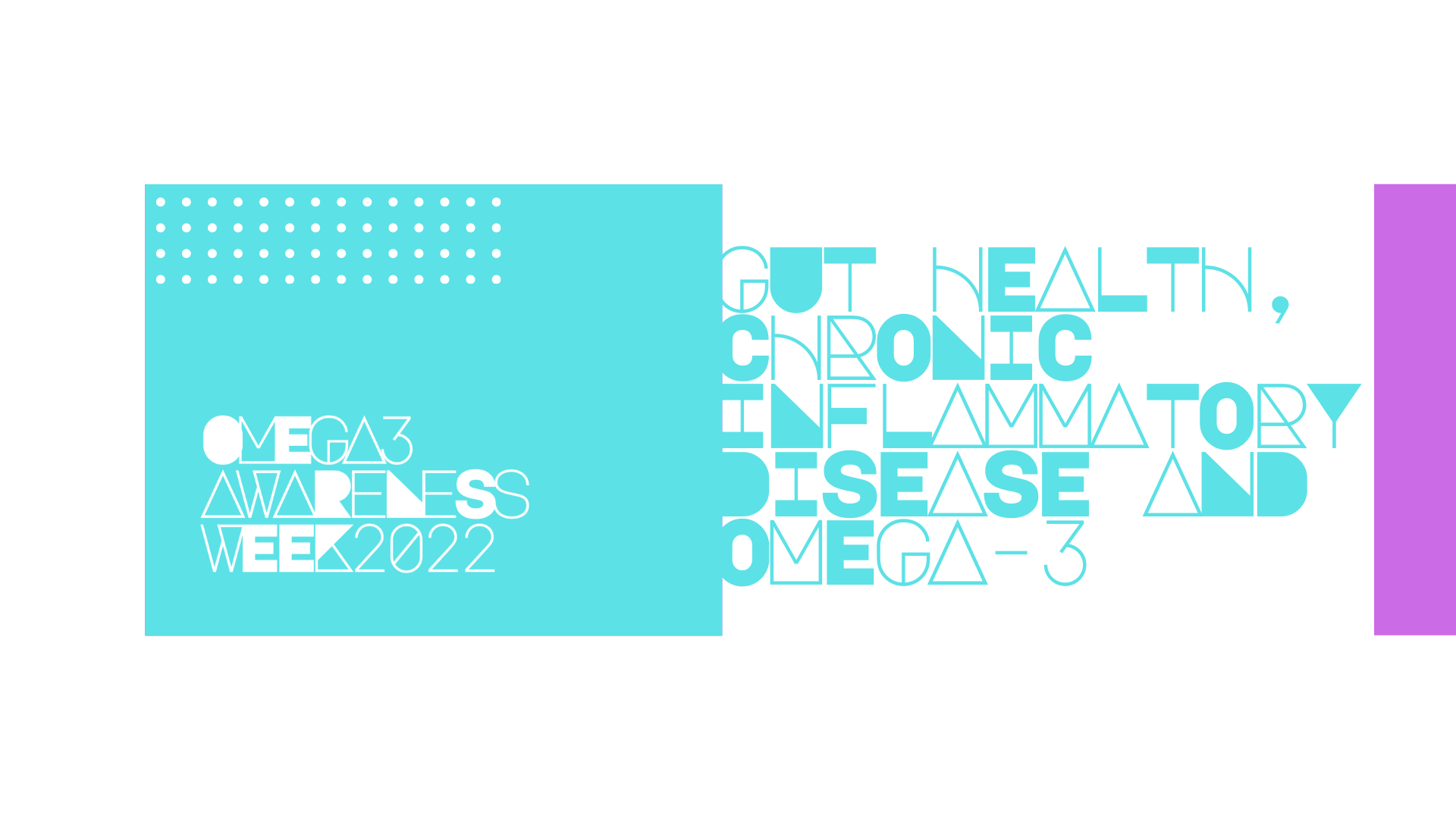 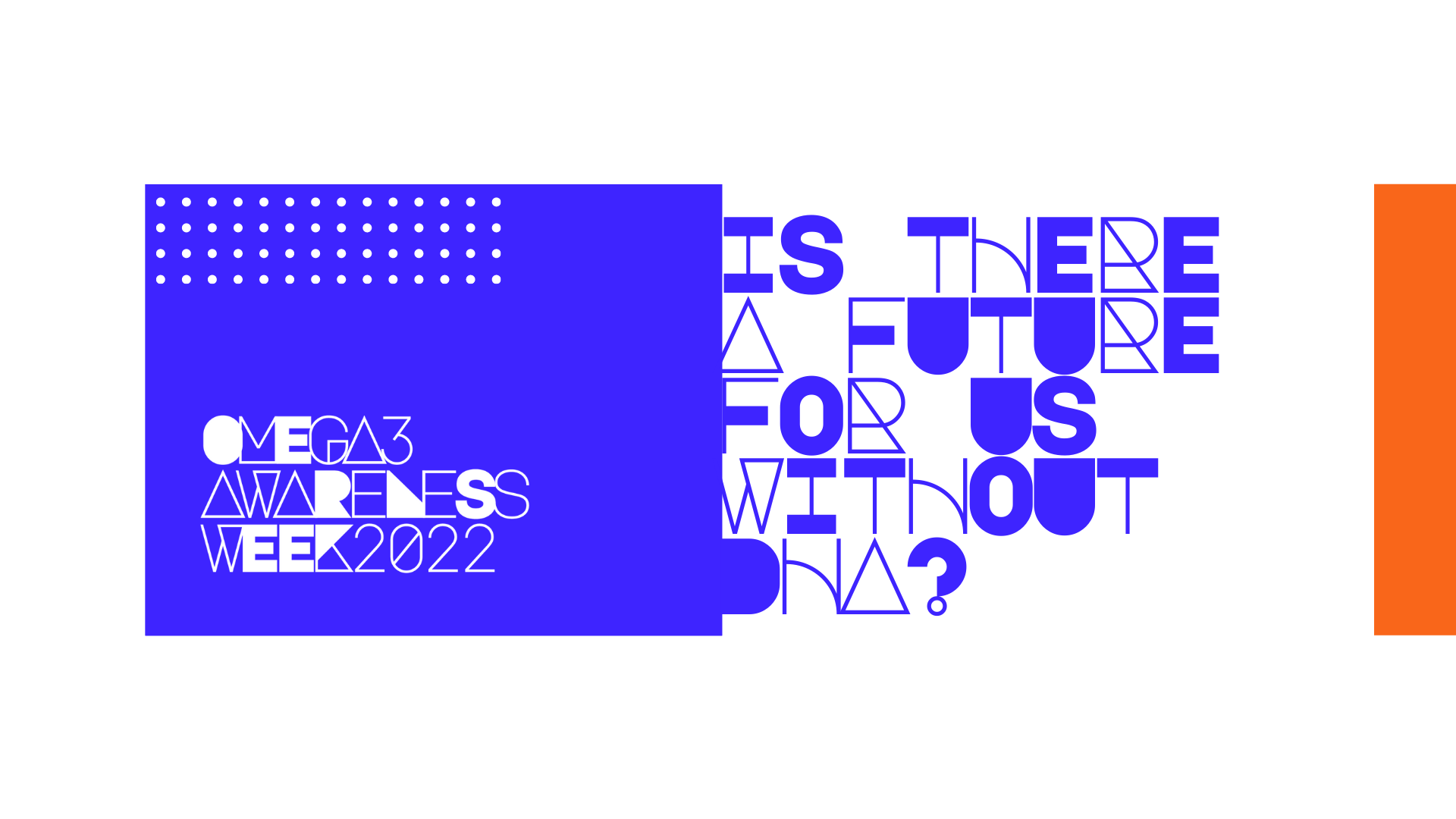 Is there a future for us without DHA?

Alex Richardson is best known for her research into how nutrition (and particularly fatty acids) can affect behaviour, learning and mood, although her work also involves several large-scale collaborative programs that include studies of epidemiology, genetics, brain imaging, biochemistry and nutrition as well as physiological and psychological functioning.
Alex is initiator and co-founder of the “Food and Behaviour Research” www.fabresearch.org

Andrea Belluzzi is Medical Director and Professor of Gastroenterology at the University Hospital Saint Orsola in Bolgna/Italy, specialized in Internal Medicine, Hygiene, Epidemiology and Public Health, Gastroenterology and Digestive Endoscopy. He is one of the world leading scientists in research of Omega-3 and their therapeutic effects on colon cancer, especially FAP (Familial Adenomatous Polyposis) and Ulcerative colitis.

Dr. Baum is a fellow of the American College of Cardiology, the American Heart Association, the American College of Preventive Medicine, the National Lipid Association, and the American Society for Preventive Cardiology. He is a Founding Physician/Scientist Member of the Society for Cardiovascular CT and is board certified in Cardiovascular CT. Dr. Baum served as treasurer of the International Society for the Study of Fatty Acids and Lipids. He founded and directs the Women’s Preventive Cardiology program at Boca Raton Regional Hospital. He is the President of the American Society for Preventive Cardiology (ASPC). Annually, Dr. Baum chairs the ASPC’s Conference on CVD Prevention. Dr. Baum is the Secretary/Treasurer of the Board of Directors of the FH Foundation. He sits on the American Heart Association’s Council for Epidemiology and Prevention as well as its Leadership committee, the Interdisciplinary Council for Prevention, and the Prevention Science Committee. He has written numerous peer reviewed papers as well as two books, The Total Guide to a Healthy Heart, and Age Strong, Live Long; Lessons from my Patients. In 2013 he was awarded Cleveland Heart Lab’s “Heart Award” for lifelong dedication to Preventive Medicine. Dr. Baum is the Founder and Chief Medical Officer of Excel Medical Clinical Trials, LLC, a consortium of clinicians dedicated to the safe and professional conduct of high-level scientific trials.
www.emclinicaltrials.com

Dr. Harris is an internationally recognized expert on omega-3 fatty acids. His interest in omega-3 fatty acids began with his postdoctoral work when he published his first study on the effects of salmon oil on serum lipids in humans (1980). Since that time he has been the recipient of five NIH grants for studies on the effects of omega-3 fatty acids (EPA and DHA) on human health. He has more than 300 publications relating to fatty acids, including omega-3s, in medical literature and was an author on two American Heart Association scientific statements on fatty acids: “Fish Consumption, Fish Oil, Omega-3 Fatty Acids and Cardiovascular Disease” (2002), and “Omega-6 Fatty Acids and Risk for Cardiovascular Disease” (2009) both published in the journal Circulation.

Dr. Harris is a Professor in the Department of Medicine in the Sanford School of Medicine at the University of South Dakota and the President and CEO of OmegaQuant.

For his exceptional scientific work in the field of human evolution, brain development and DHA he has been honored with numerous international awards like …
2018: Global Award for Research on Omega 3 and Neuroscience, by the Much Love Foundation, China,
2017: he was honored as “Freeman of the City of London”
2016: Alexander Leaf Distinguished Scientist Award for Lifetime Achievement. ISSFAL, Stellenbosch, South Africa.
2015: Emperor of Japan with the “Order of the Rising Sun”, 2015, Tokyo, Japan.
2015: Chevreul Medal, Paris, France.

Edward Courtney is a Consultant Colorectal & General Surgeon at the Royal United Hospital, Bath. He completed his undergraduate degree at the University of Leeds, qualifying in 1996.

Edward Courtney is a Consultant Colorectal & General Surgeon at the Royal United Hospital, Bath. He completed his undergraduate degree at the University of Leeds, qualifying in 1996.

After completing basic surgical training, he undertook a 2-year research fellowship at St Georges’ Hospital, London where he wrote and submitted his research thesis on the beneficial effects of omega-3 fatty acids on the colon in patients with colorectal polyps. He presented his findings to an international audience at the Digestive Disease Week meeting in Chicago, USA in 2005.

Having successfully passed his FRCS exam in general surgery in 2010, he attained his certificate of completion of training in 2011. He then undertook a 1 year Surgical Fellowship at Auckland City Hospital, New Zealand, where he received further advanced training in laparoscopic colorectal surgery and the assessment and management of complex pelvic floor disorders.

He was appointed as a Consultant Colorectal and General Surgeon at the RUH in October 2012. Edward is committed to providing the best possible care for his patients and always takes time to explain any proposed treatment as clearly as possible.

Edward annually attends colorectal conferences in the USA, most recently in Seattle in 2017, Nashville in 2018 and Cleveland in 2019, to keep up to date in all the latest aspects of colorectal surgery so that he is able to offer his patients the most up to date evidence based surgery. Edward is also a regular attendee at conferences of the European Society of Coloproctology, most recently held in Milan and Berlin.

Past President of the International Society for the Study of Fatty Acids and Lipids (ISSFAL), and was appointed as ‘Living Legend’ by the International Union of Nutritional Sciences (IUNS) in 2013. He was honored with the prestigious Nutrition Business Journal (NBJ) Lifetime Achievement Award in 2014.

AJ Rice Professor of Nutrition and University Distinguished Professor at the University of Kansas Medical Center.

She does clinical trials of DHA supplementation in pregnancy and childhood without outcomes related to pregnancy and several aspects of child growth and development including cognition, body composition and cardiometabolic outcomes.

Senior Data Scientist, with extensive experience in data analysis, algorithm
design and the development of multivariate diagnostic models. VP of Data Science at Global Organization for EPA and DHA Omega-3s. 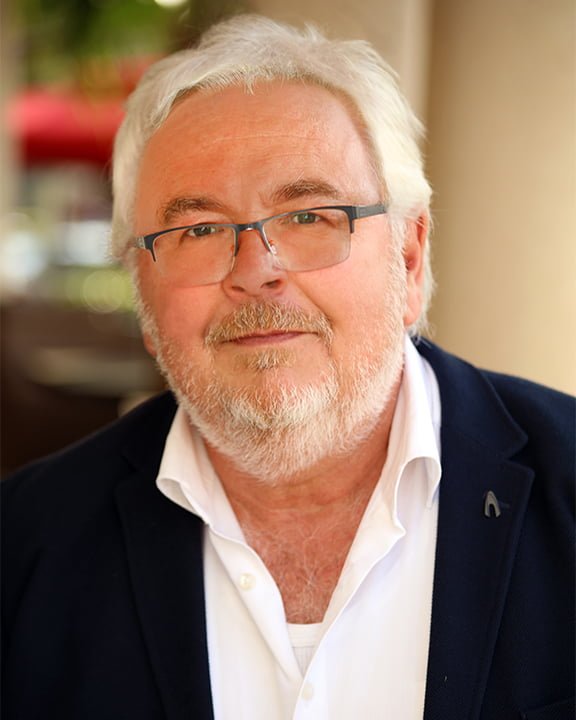 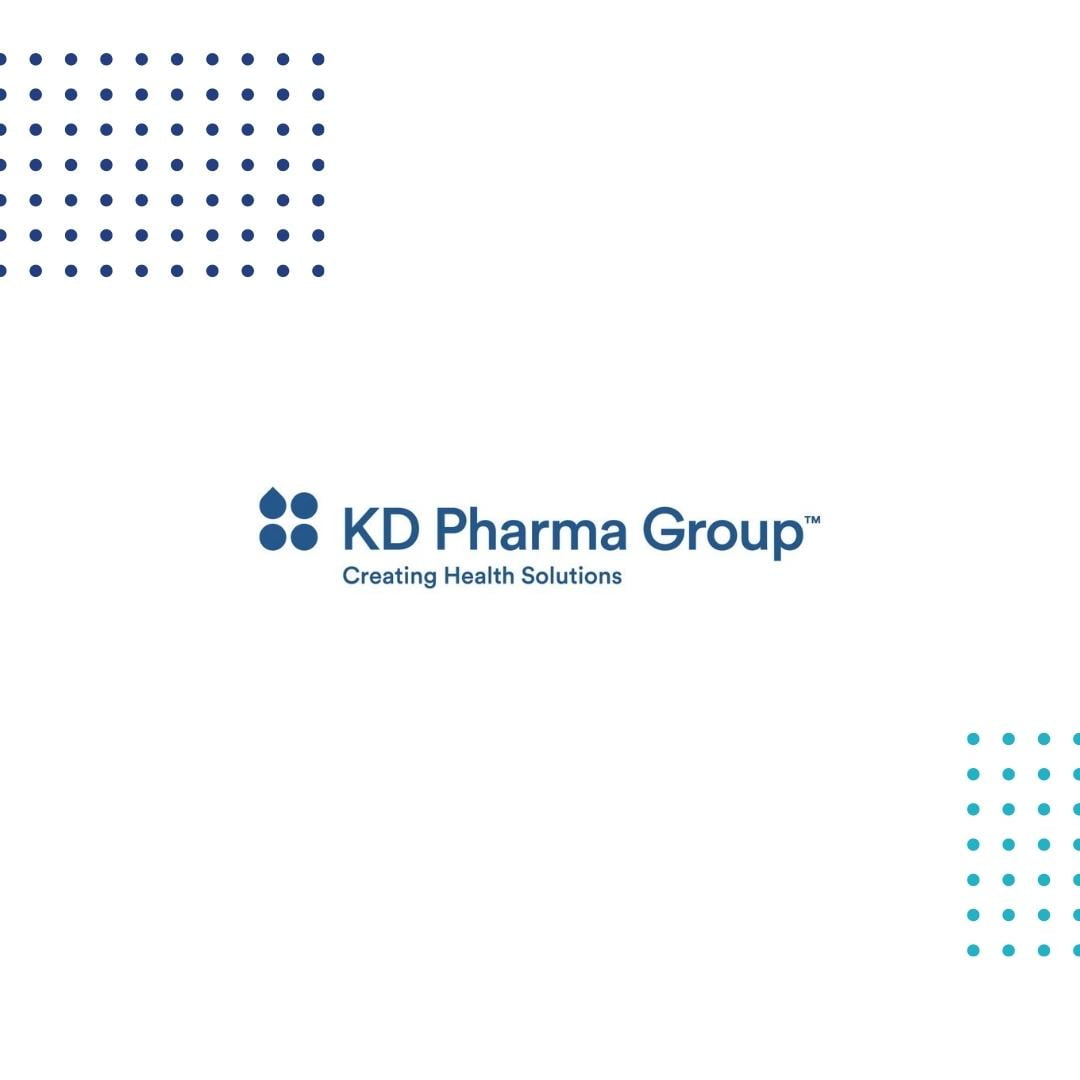 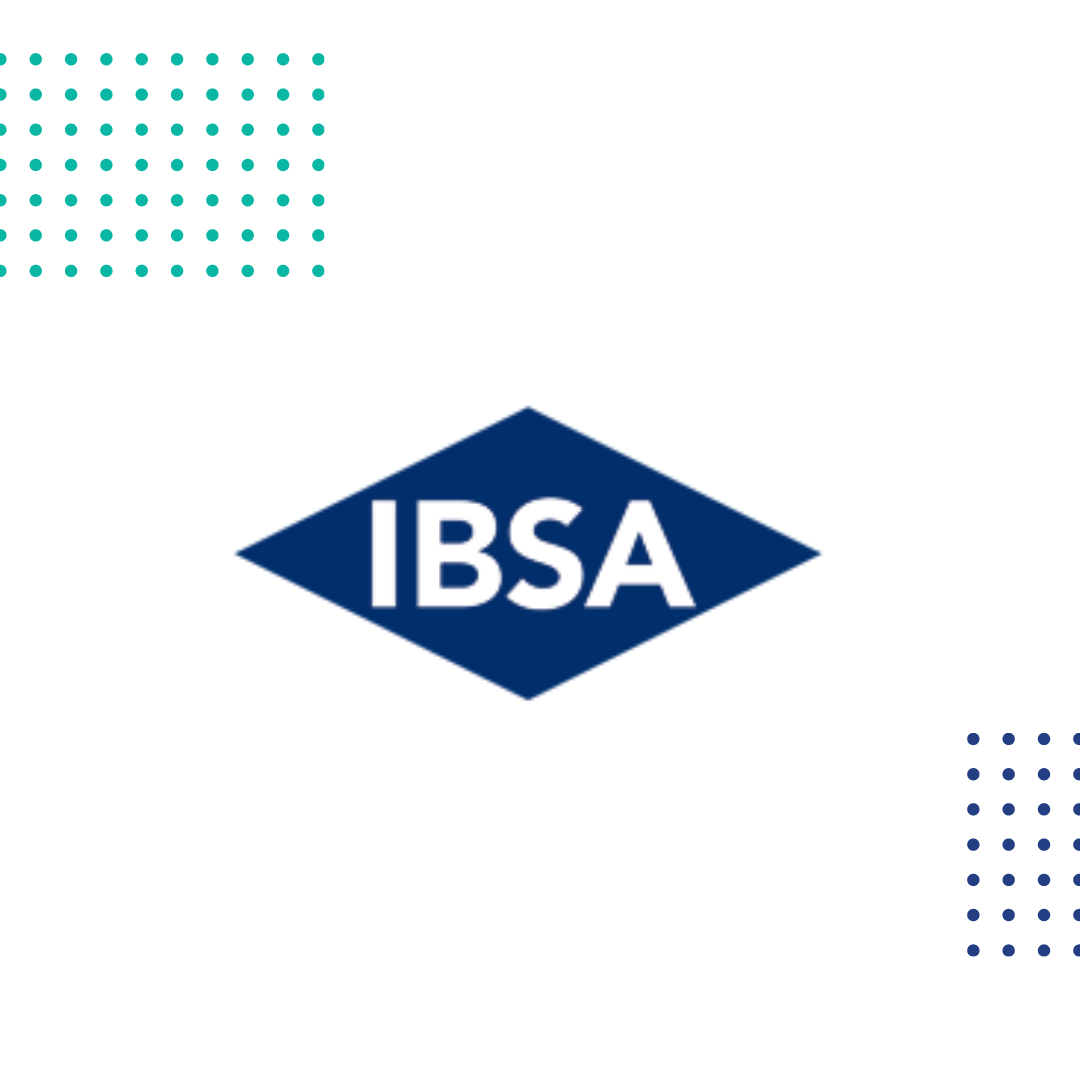 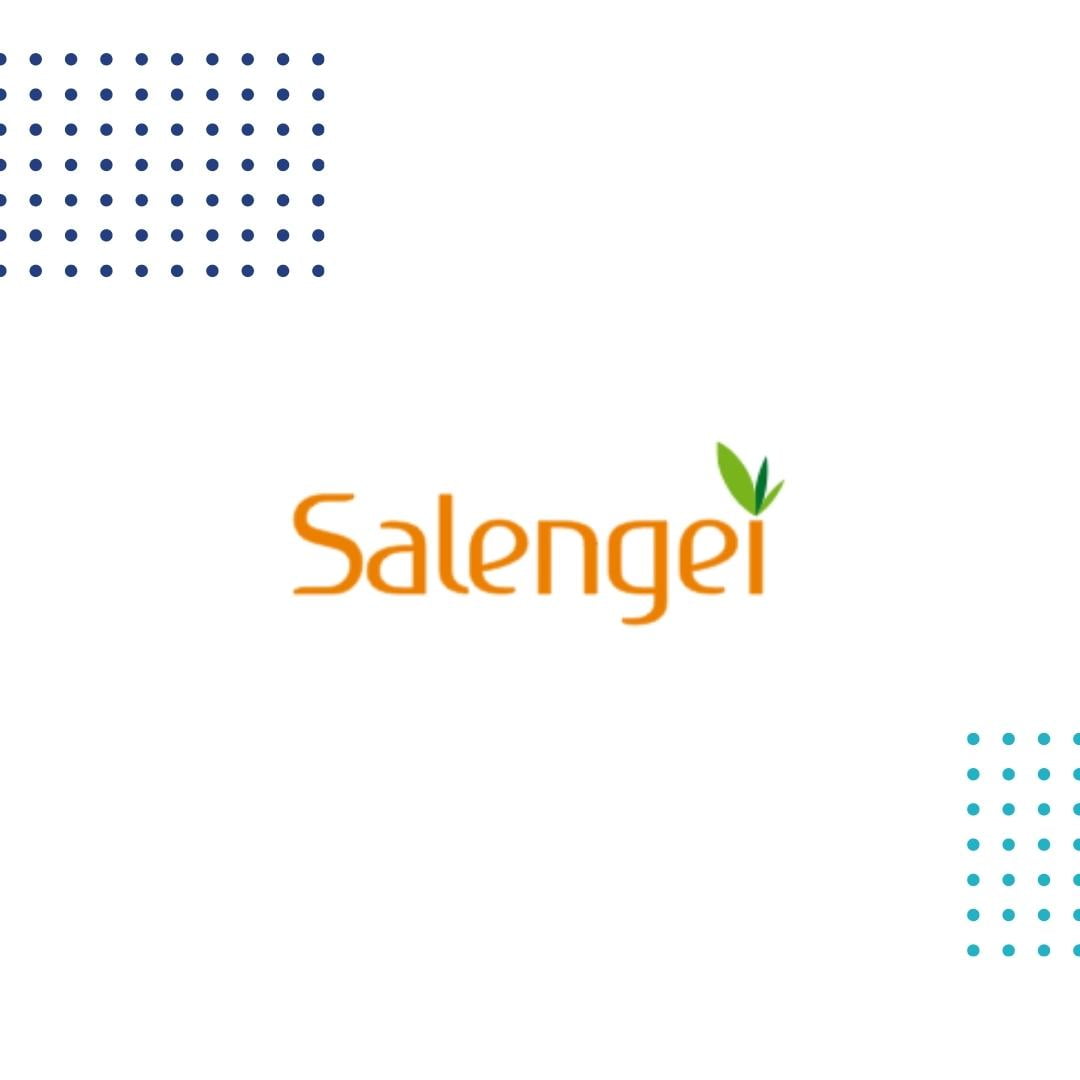 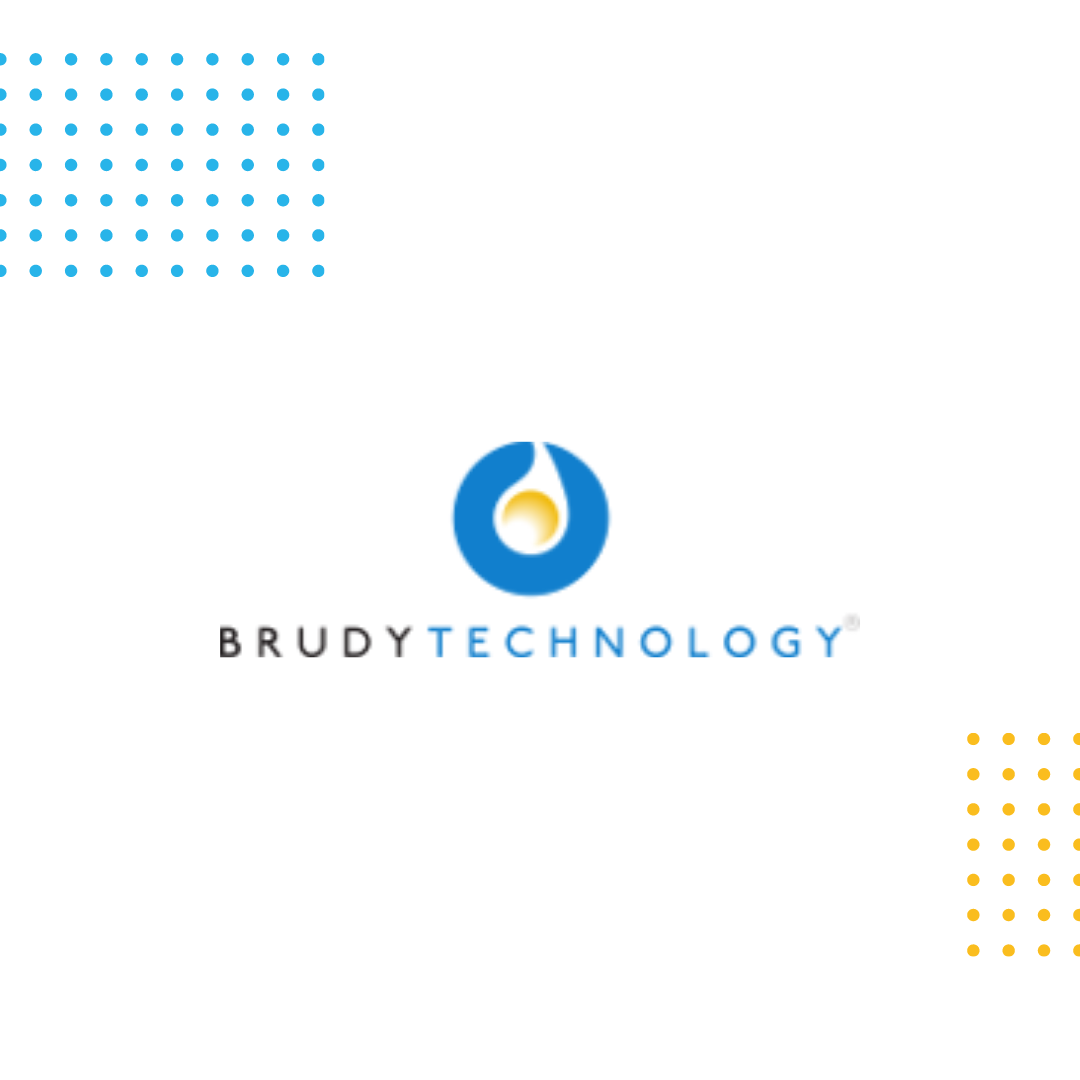 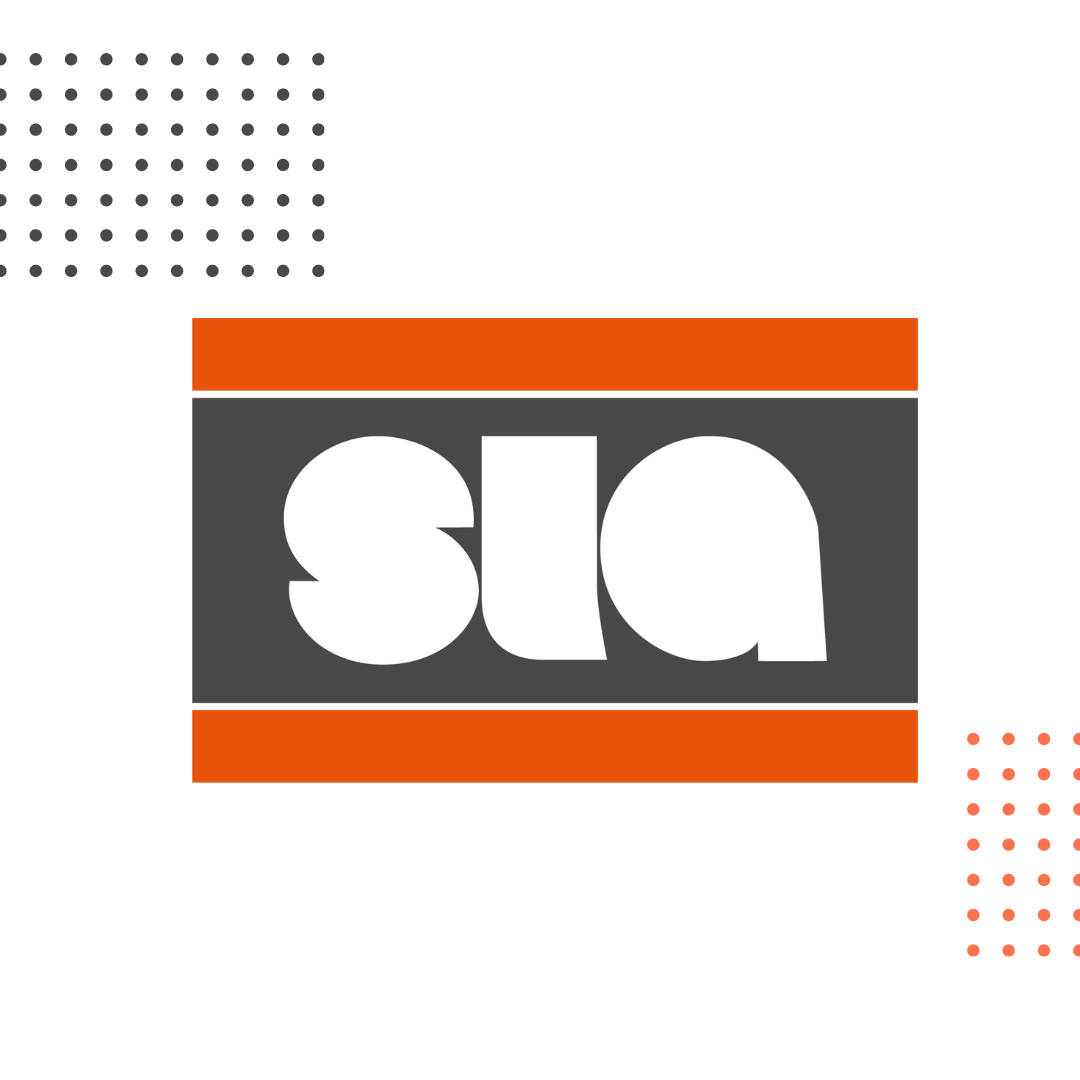 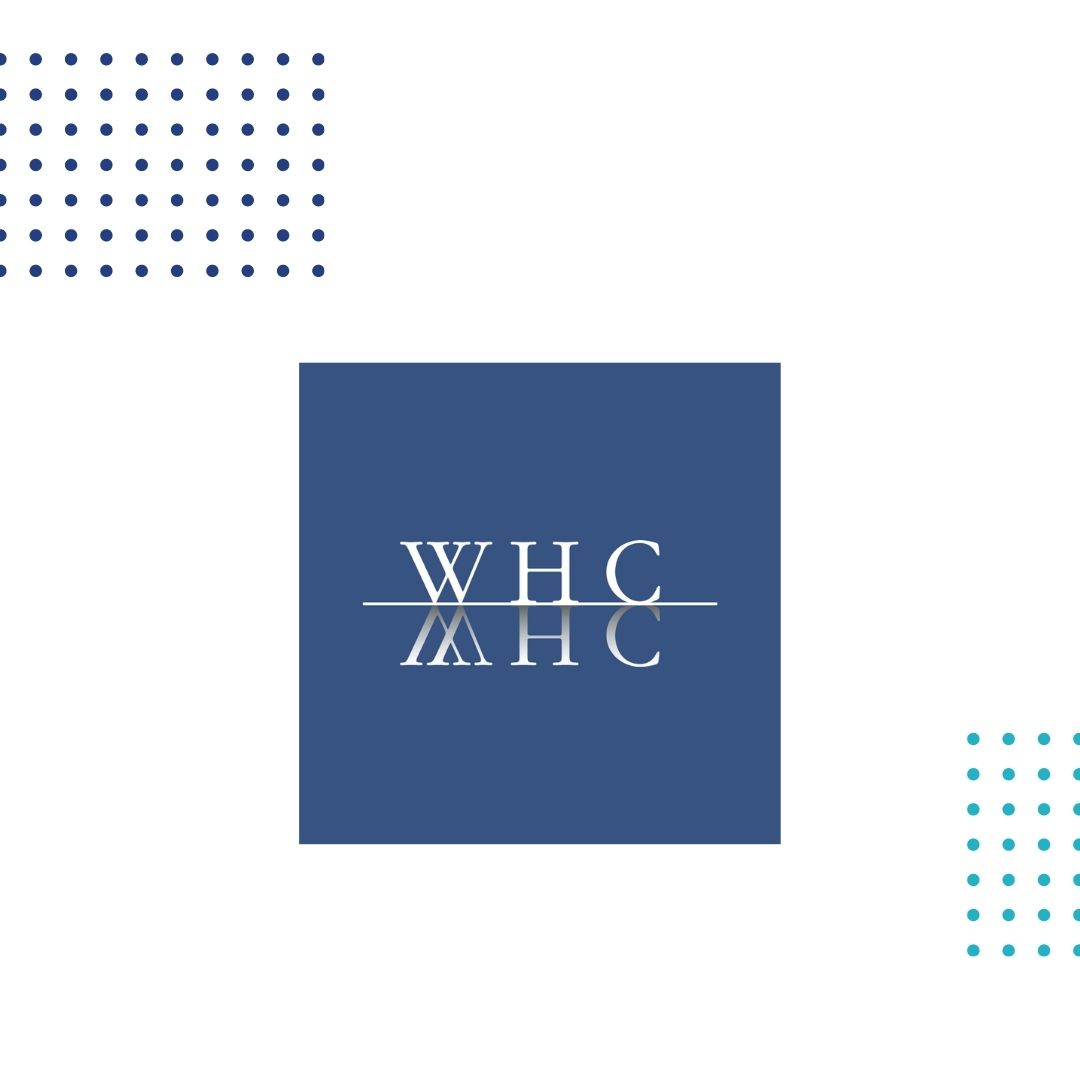 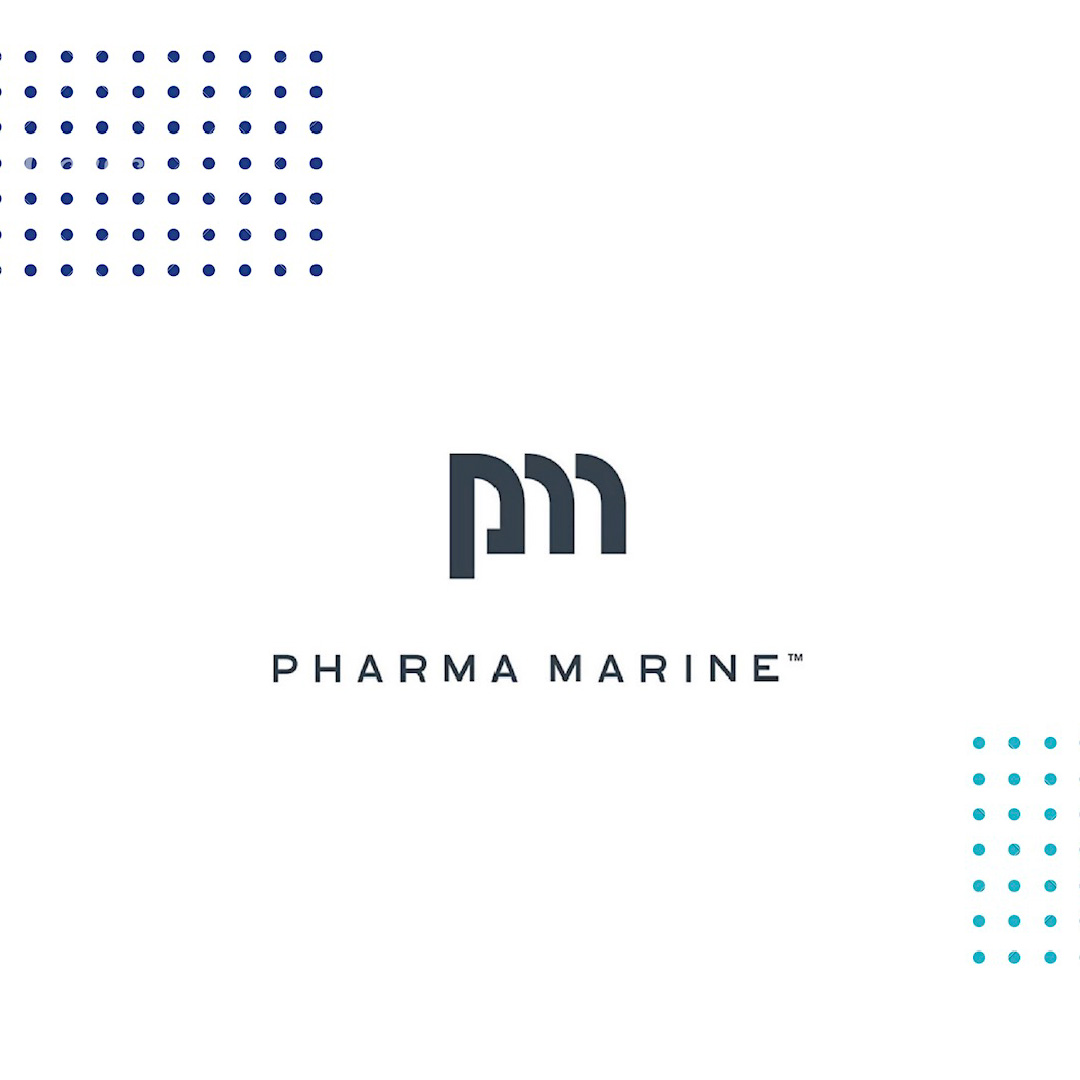 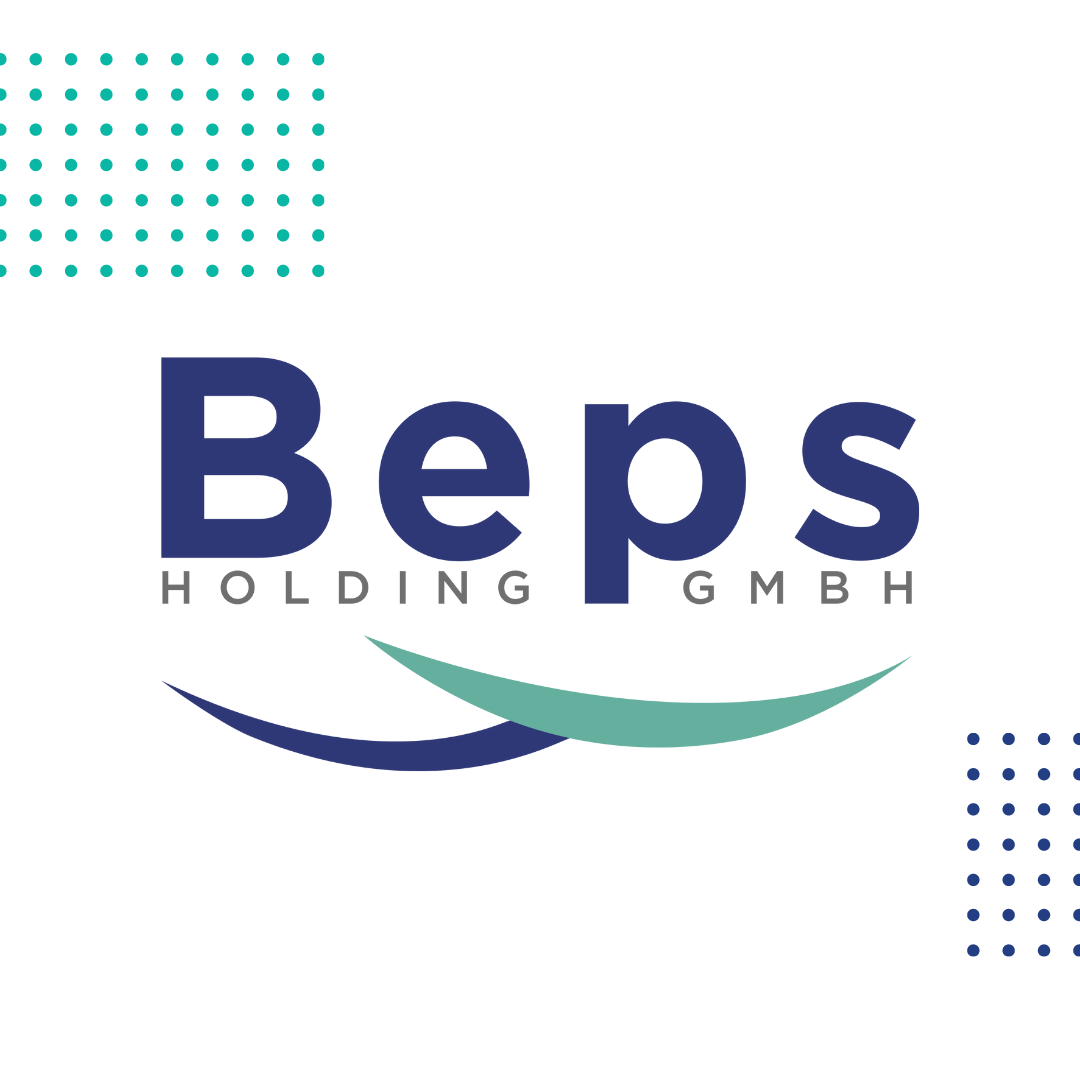 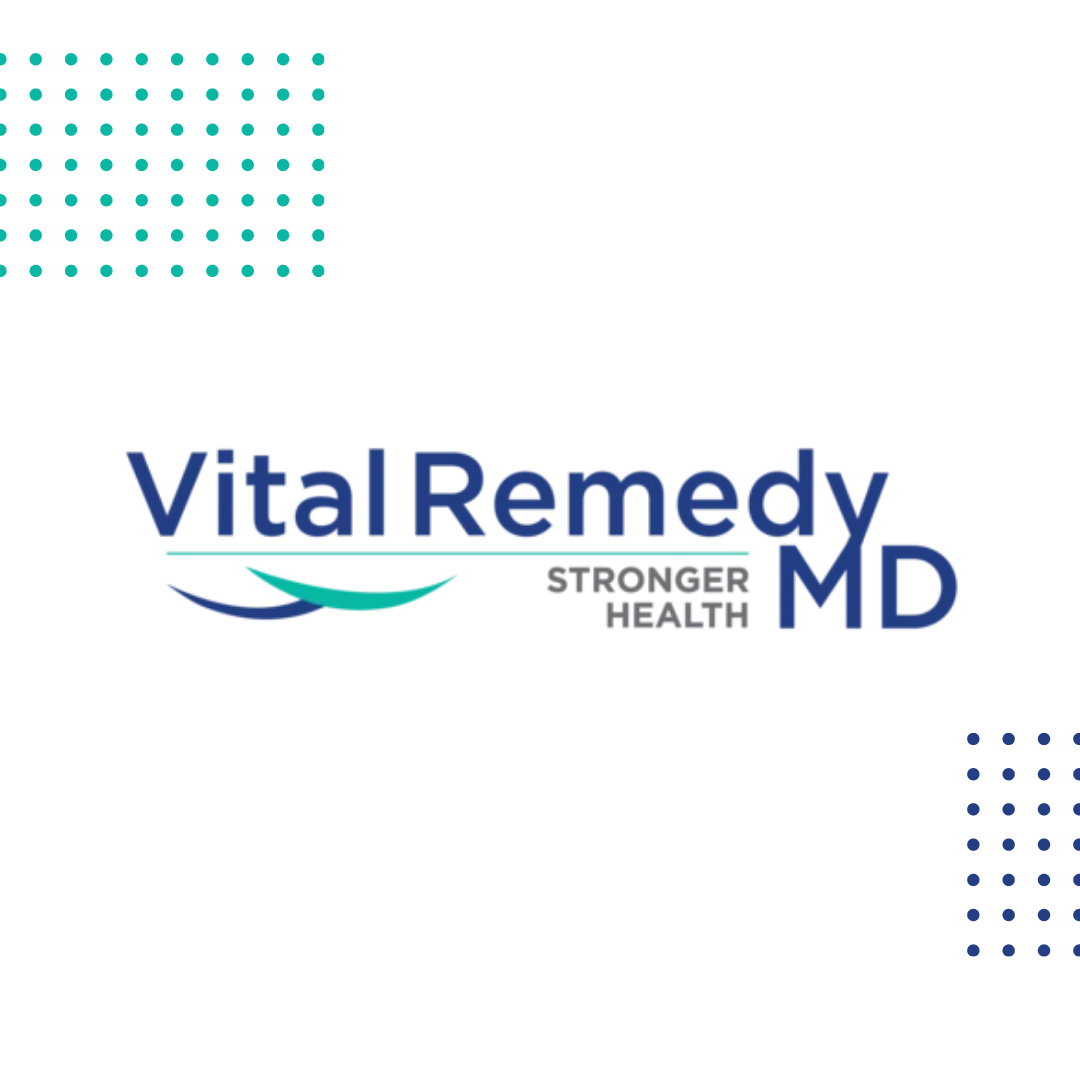 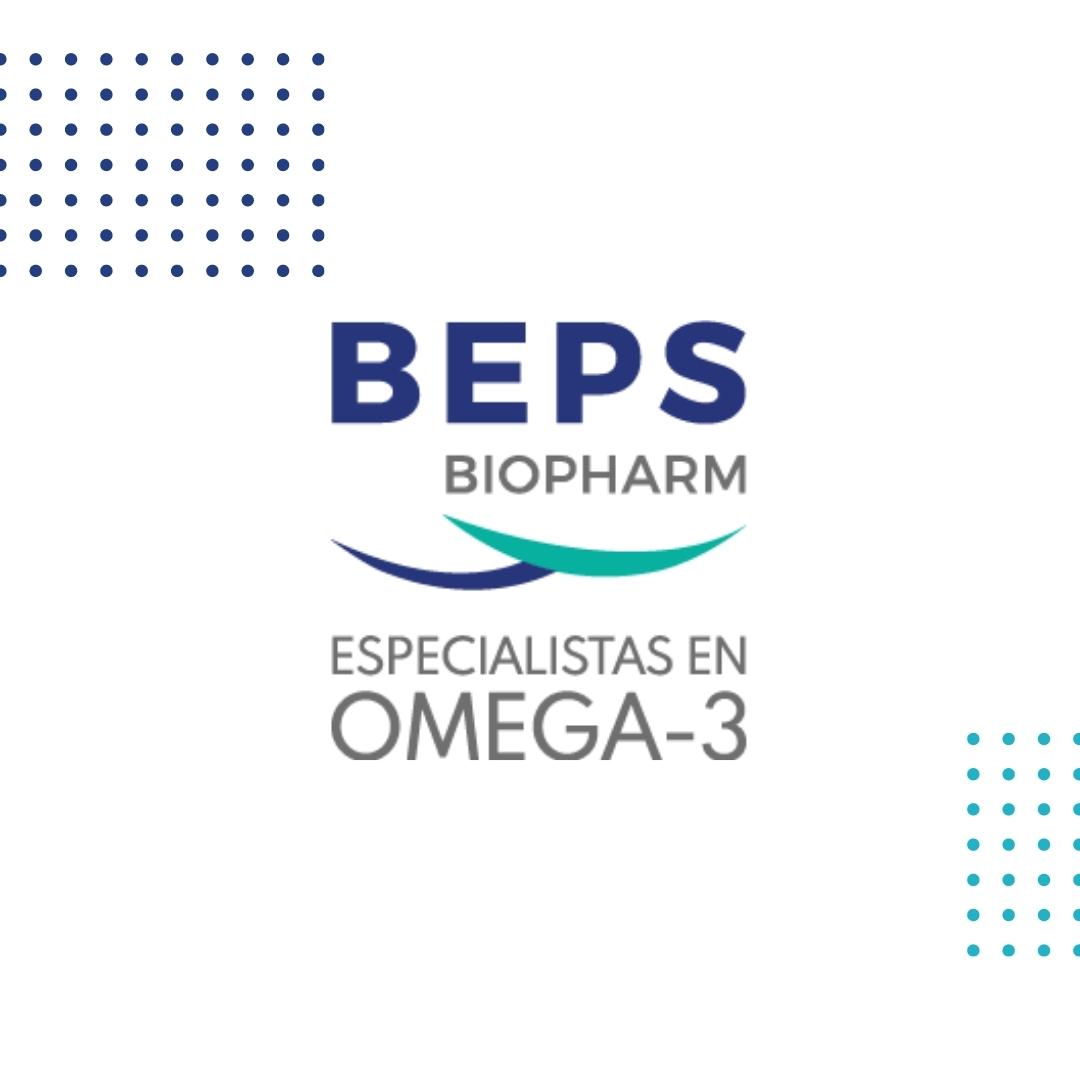 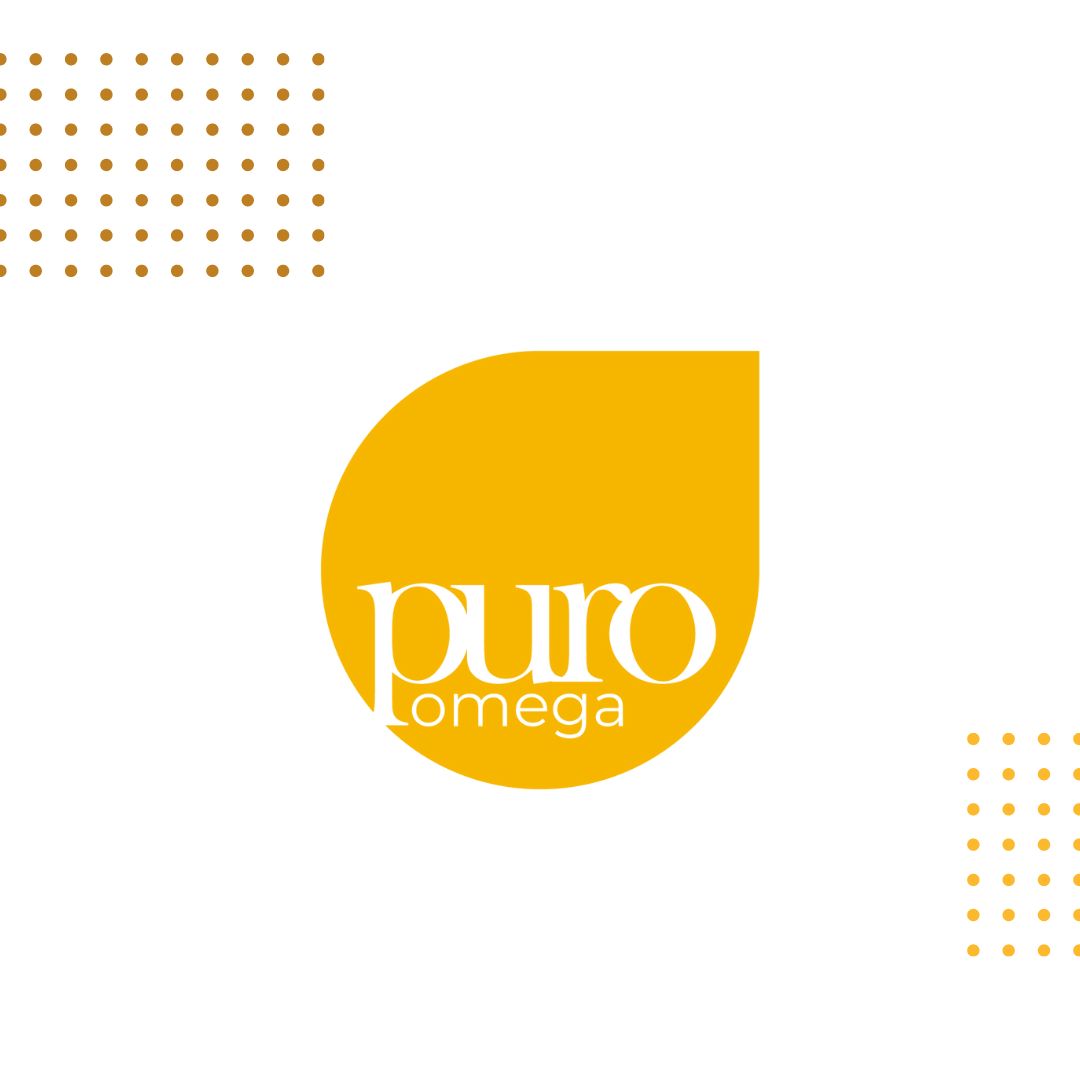 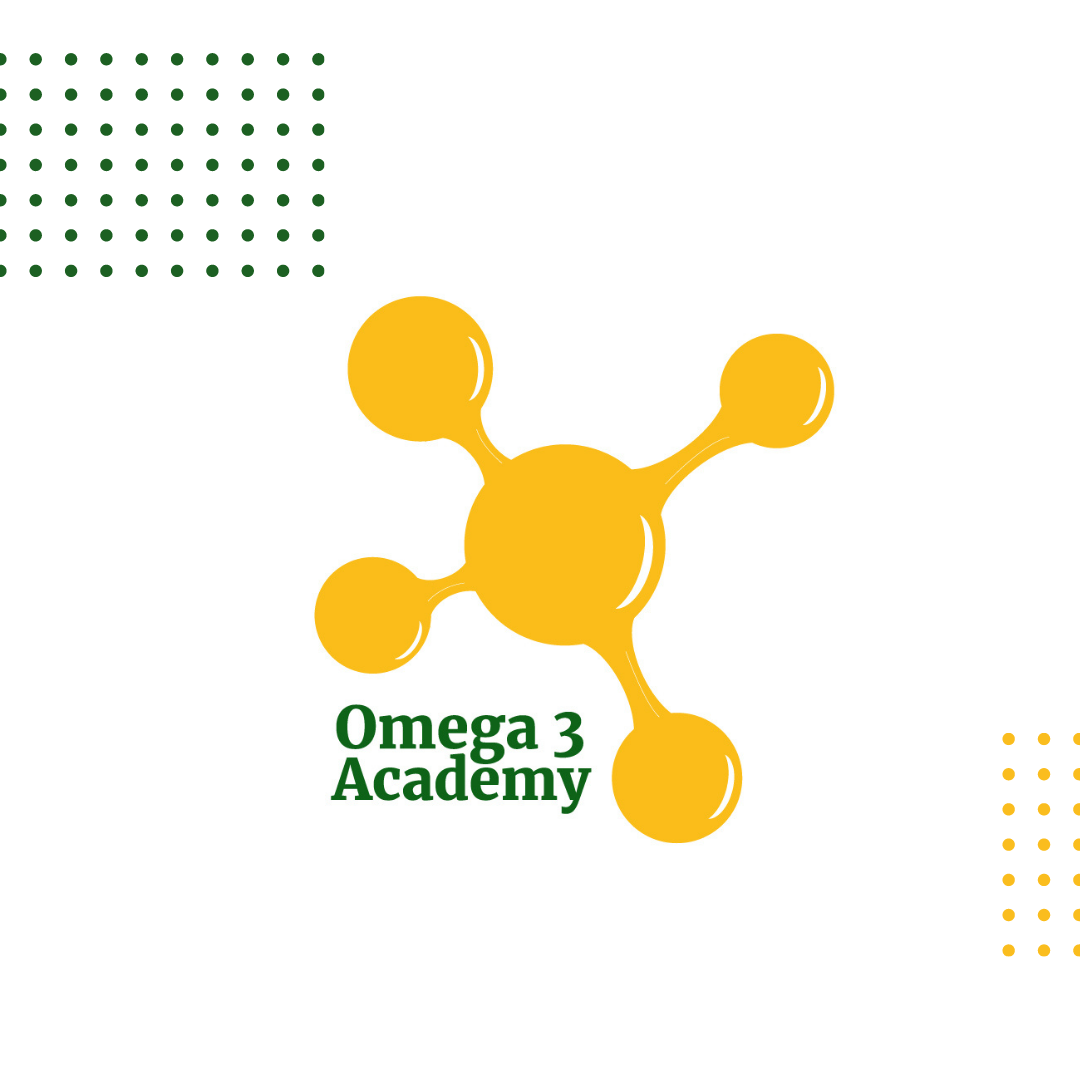 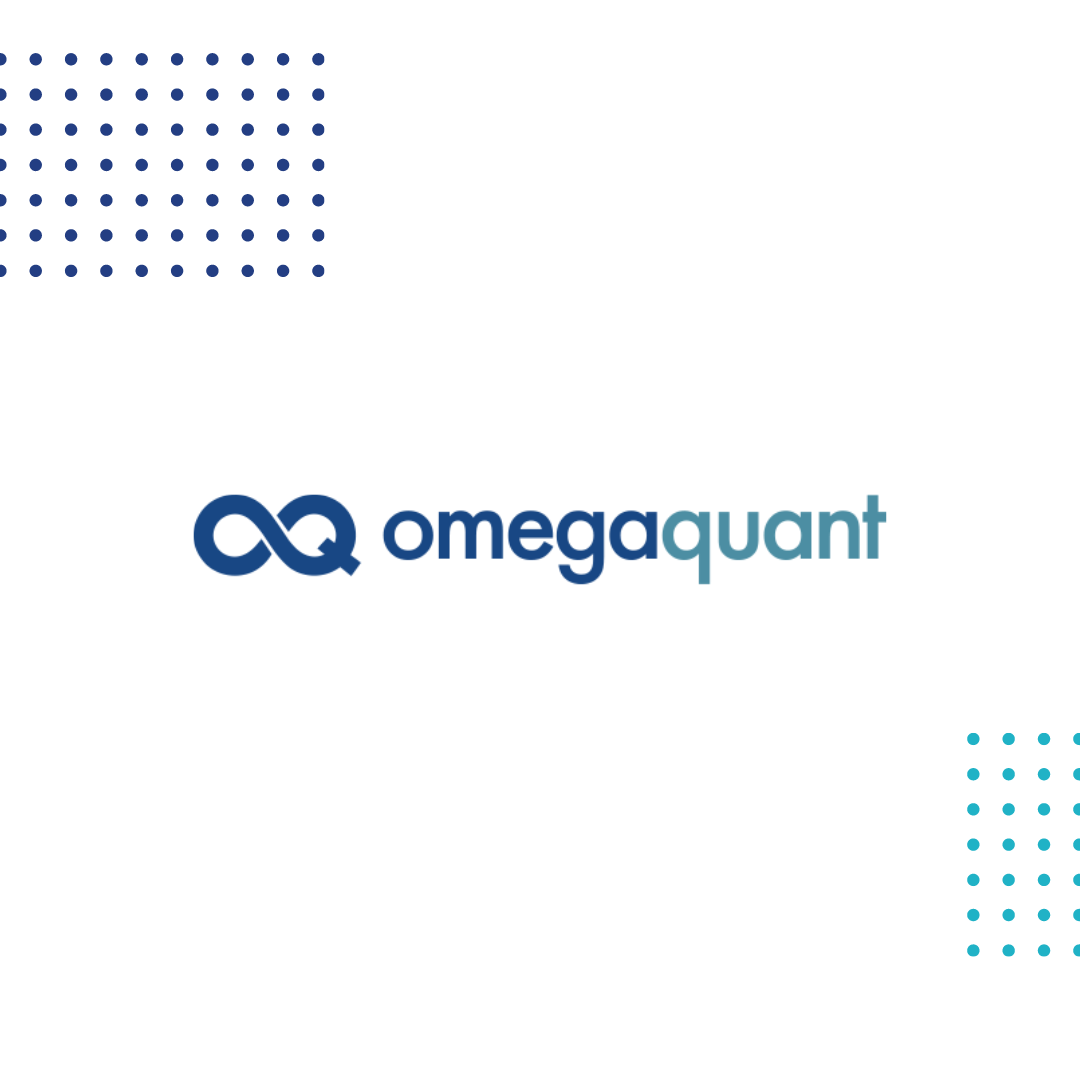 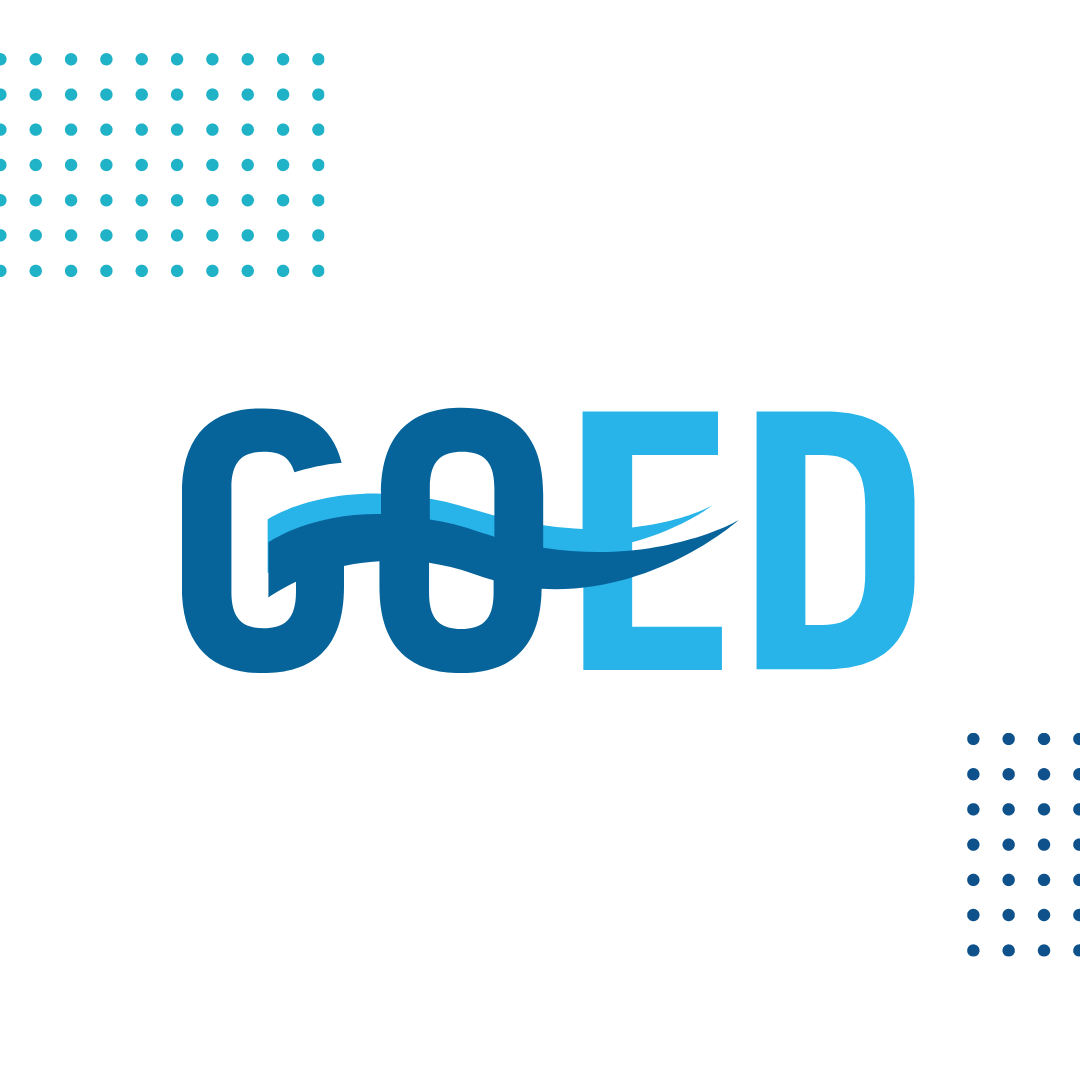 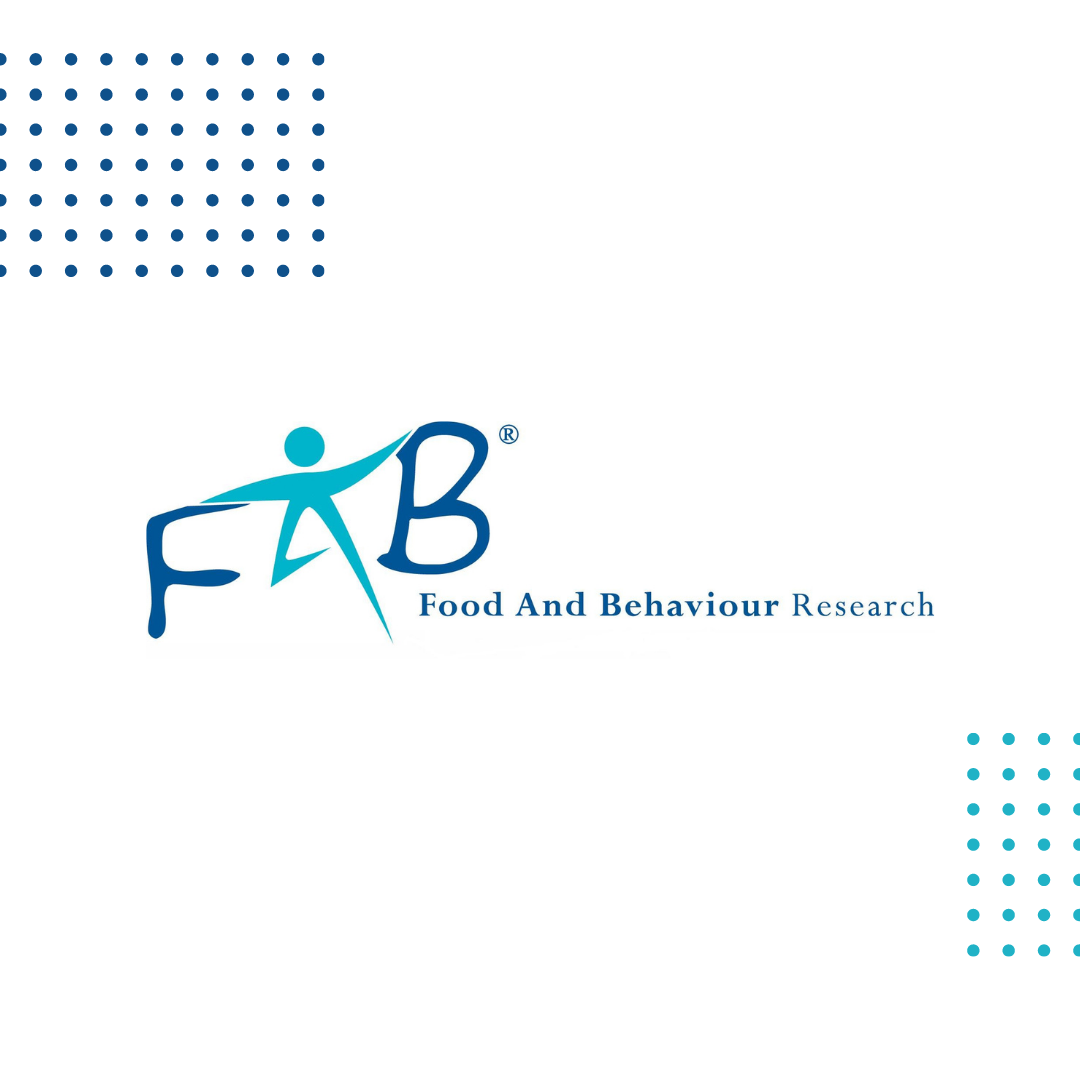 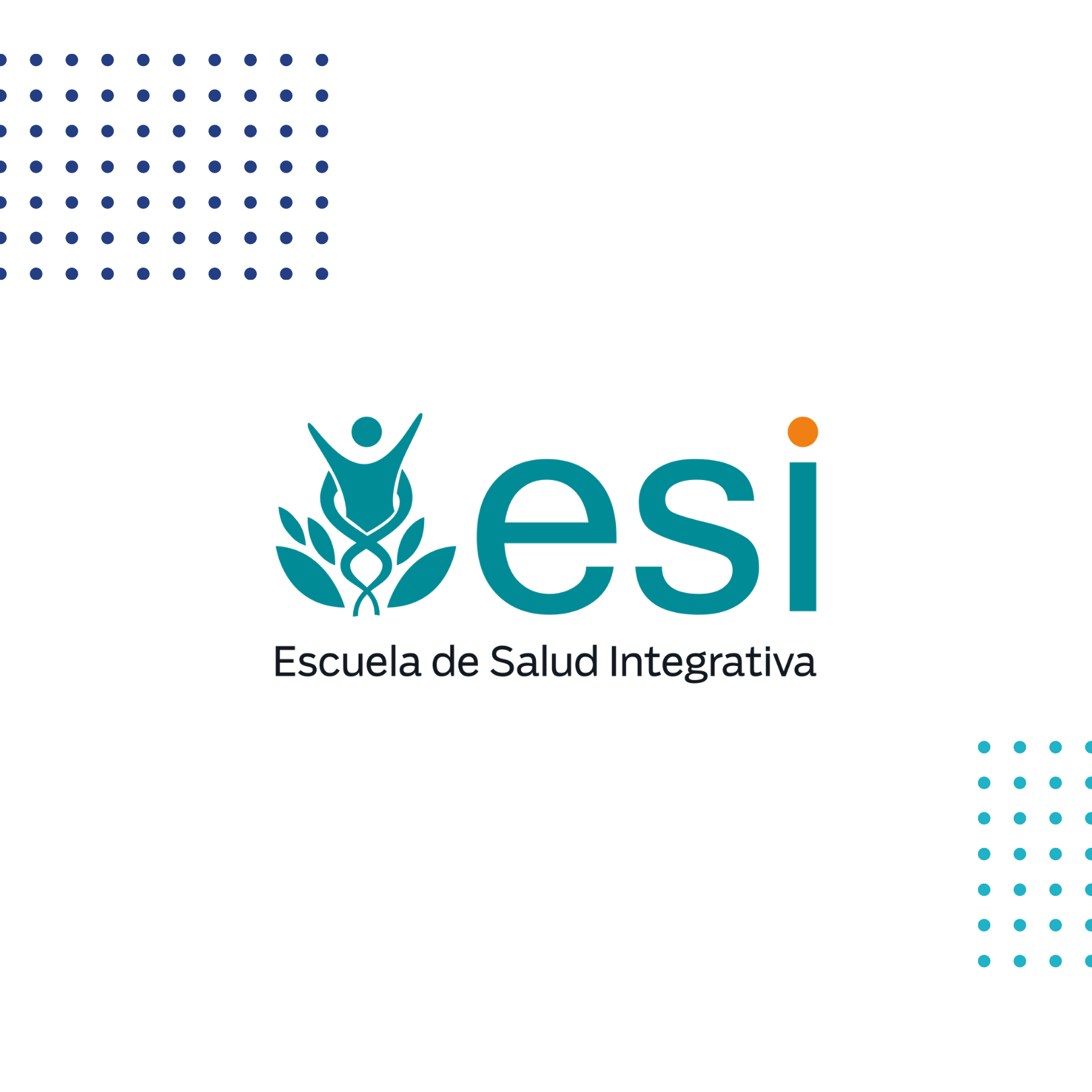 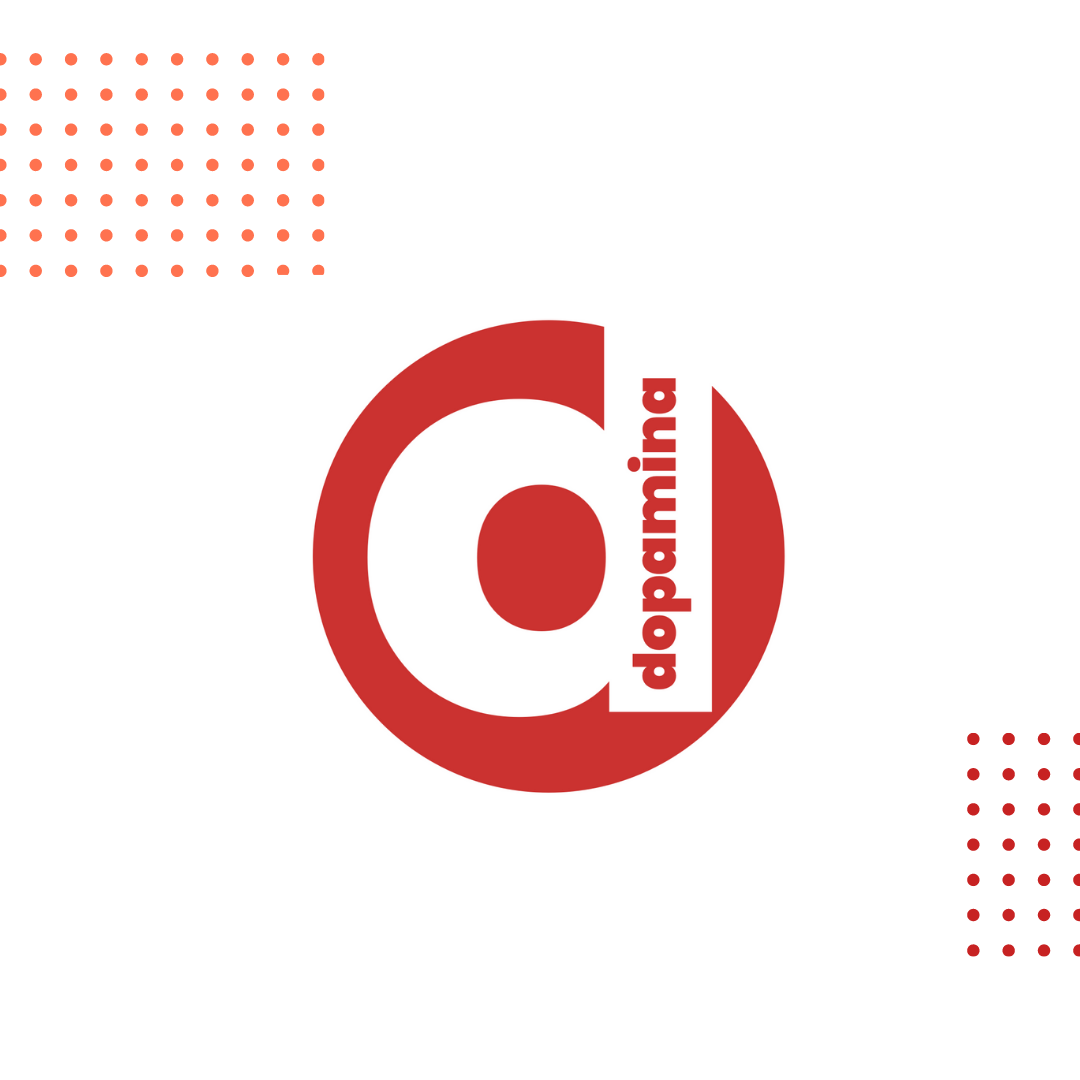 Services and products for the food supplement industry

Our Omega-3 Index Tests measure the amount of EPA and DHA in the blood. Studies show 8% is the optimal level of omega-3.